Over the course of my time at high school, I participated in the FIRST® Robotics Competition, where the excitement of sport is combined with the rigors of science and technology!

In my final two years, I was the president, head programmer, and strategy lead of FRC Team 4308.

As the president, I managed the FRC team, which was almost like running a business. With strict rules, limited resources, and a six-week time limit, our team was challenged to raise funds to build and program an industrial-size robot to play in a sport-like field game. 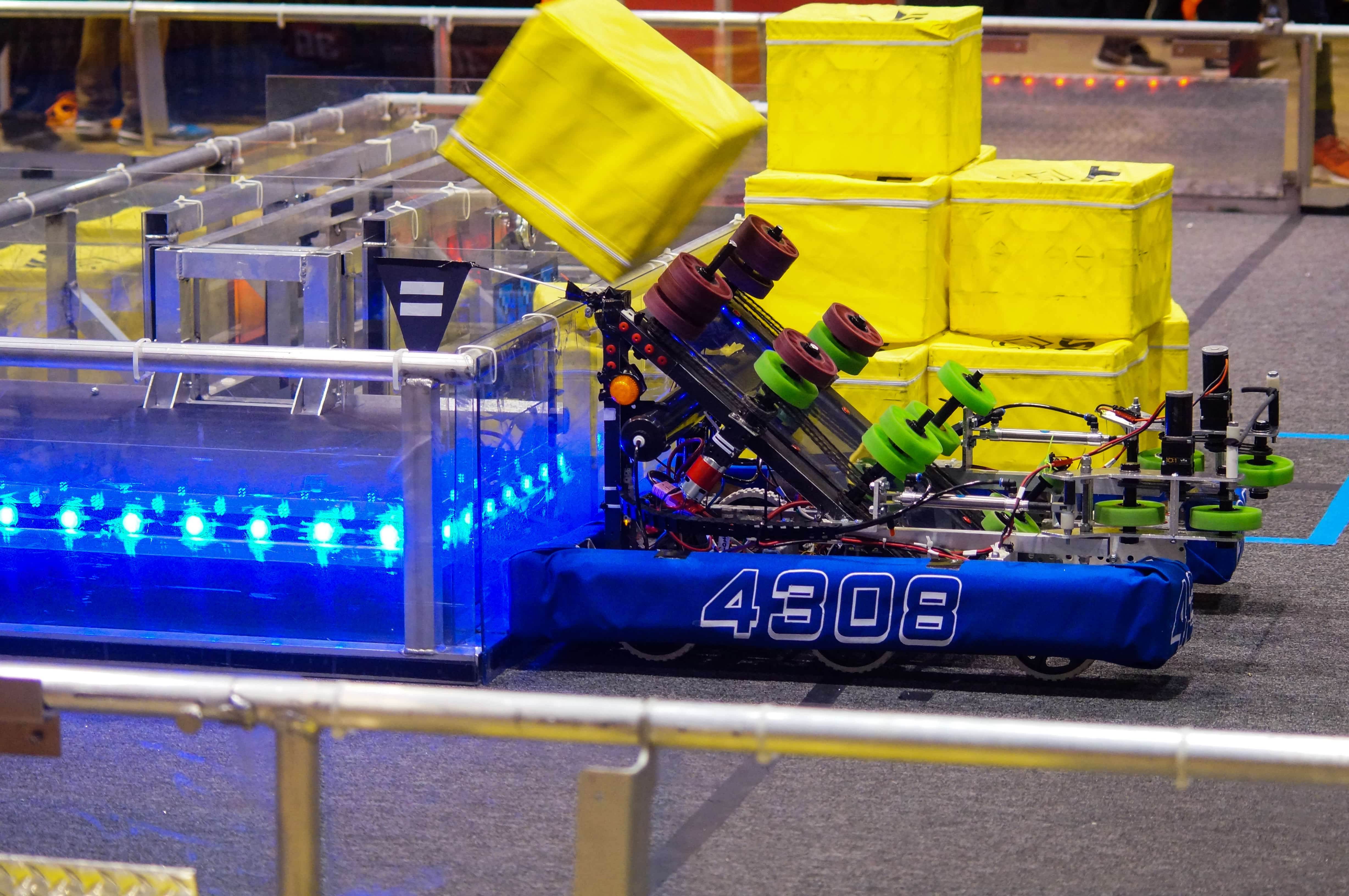 This is our robot for FIRST Power Up!

As the head programmer, I led the development of the autonomous and teleoperated driver controls for the robot. I had to be able to work ahead with only software testing and be able to make quick changes to the code during competition to correct issues and adapt to changes. I also taught junior members to do robot programming.

In 2018, my most memorable year, the game was FIRST POWER UP, where the goal was to defeat the boss in the arcade! There were three ways to defeat the boss: use power cubes to tip the switch or scale (seesaw structures) in your favor, exchange power cubes for power ups, and climb the tower at the end. Each match consisted of two parts: an autonomous mode where robots move independently, and a teleoperated mode where robots are controlled by operators.

Our team’s performance that year was absolutely phenomenal! We created a robot that could grab cubes, push them back out, and lift them up high enough for the switch. This simplicity in design made our robot a fast and consistent contender at all the competitions we attended, leading up to us being finalists at the McMaster Event and the Provincial Championship and divisional semi-finalists at the Detroit World Championship, where we met the best 400 out of 3647 teams around the world! 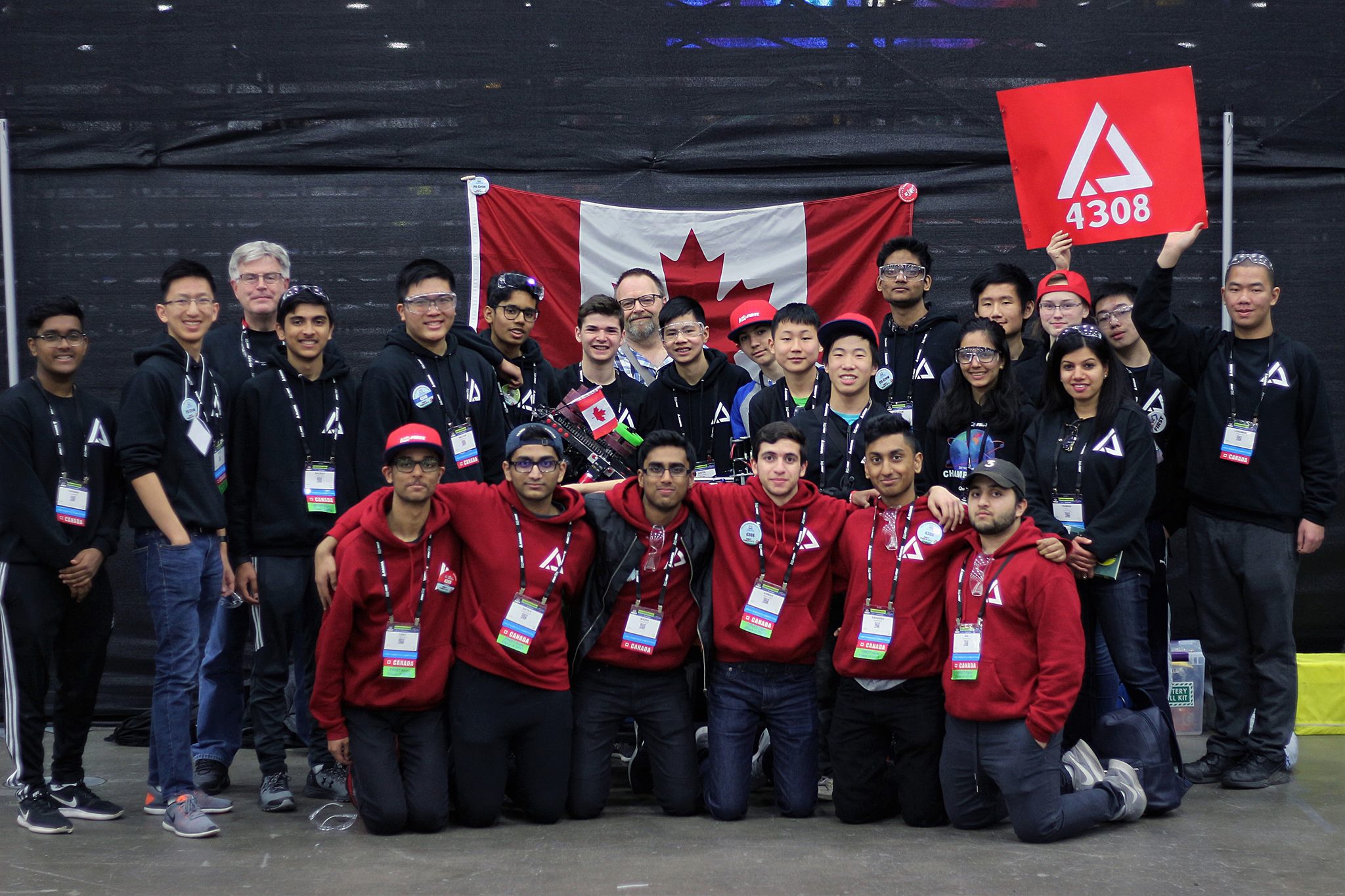 FIRST Robotics Competition is a program run by FIRST (For Inspiration and Recognition of Science and Technology). Learn more about FIRST at their website.