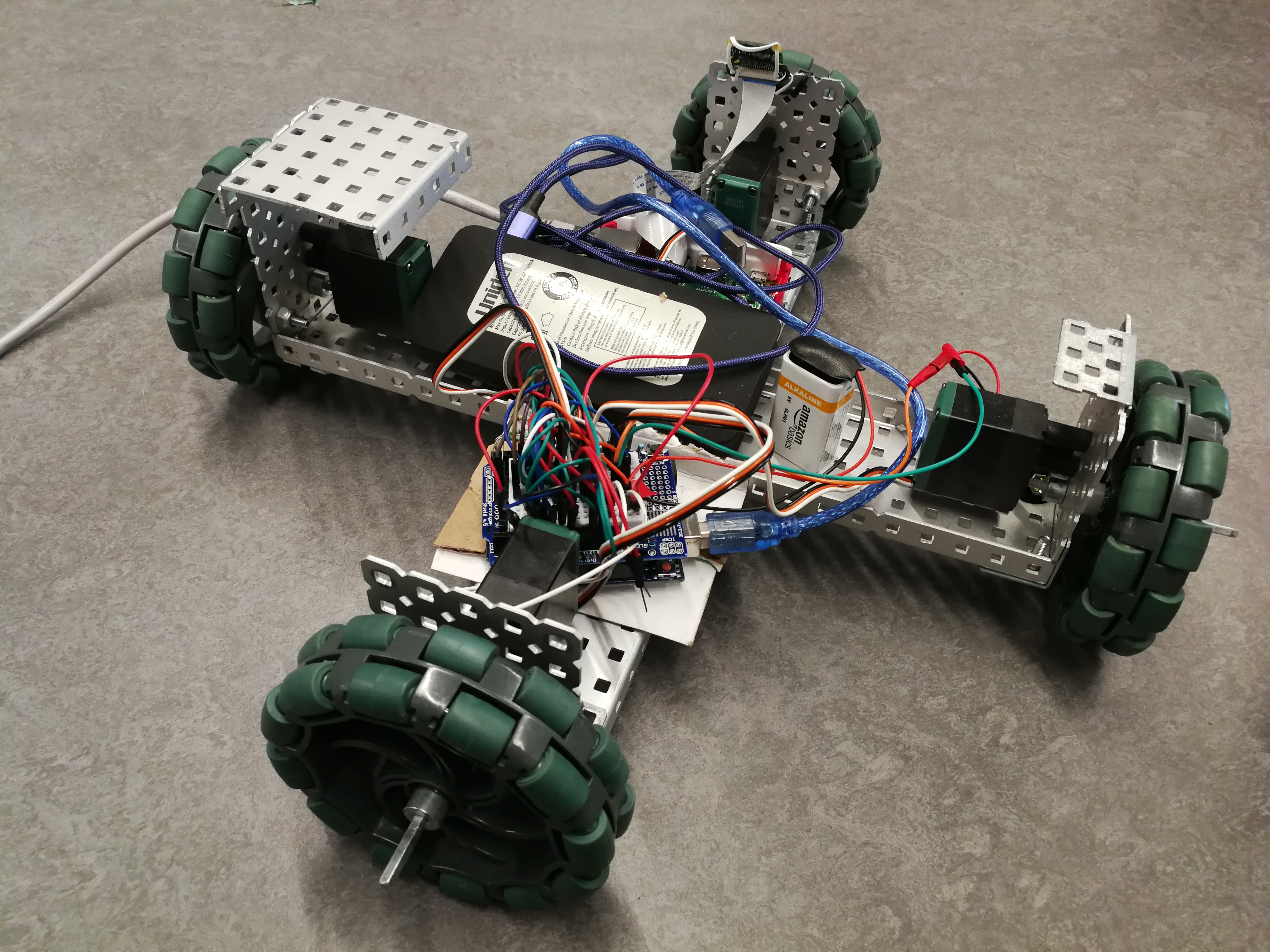 The internals of the autonomous robot assembled from VEX parts + an Arduino, a Raspberry Pi, and a camera module!

Never get up to pick up your stuff after you toss and miss again!

MAGNET is a modular robotic catching device that allows you to throw stuff at it with a margin of error and still have it go in!

You can attach a recycling bin to catch paper, a hook to catch shirts, or a laundry hamper for your old laundry!

MAGNET was built at Hack the North 2018, a 36-hour hackathon with 1000 participants!
It’s North America’s largest hackathon, receiving over 5000 applicants every year.

Check out the project page and learn about how it was created at Devpost!
Head to our GitHub repository.